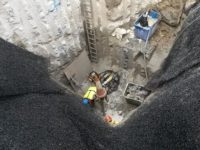 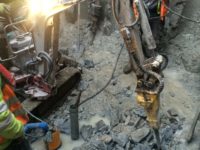 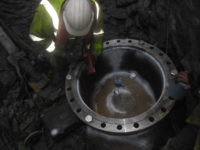 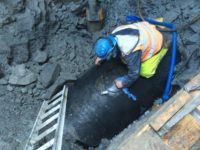 A 3rd party damaged the 1200Ø steel watermain supplying the Stillorgan reservoir, causing a 150mm hole to the top of the watermain. The watermain had been installed in a bored tunnel at a depth of 10m in solid granite. The client, Irish Water inserted an inflatable bung (nitrogen injection) into the pipe to allow continued use of the mains. Our works was for the repair of the pipeline whilst only allowing a minimum shutdown of the pipeline.

Challenges included:
• Existing watermain was 10m deep and had been tunnelled in
• Ground conditions were solid granite for the entire 10m depth
• The site was incredibly tight only approx. 12m wide and bordered by a small stream and a public road and footpath
• The watermain had to be kept live during the excavation as a shut off was only possible for a 3-4-day window
• Excavation method had to allow for the careful dig around the “umbilical cord” that kept the bung inflated with nitrogen which sealed the 150Ø hole in the watermain 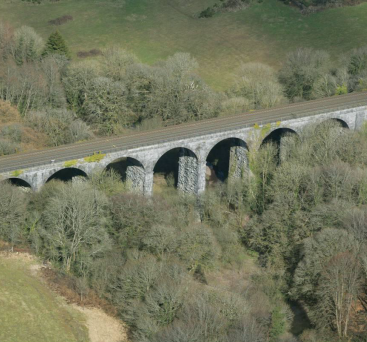 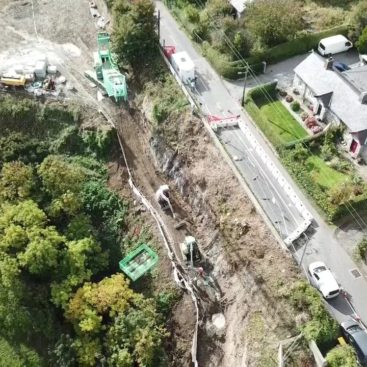 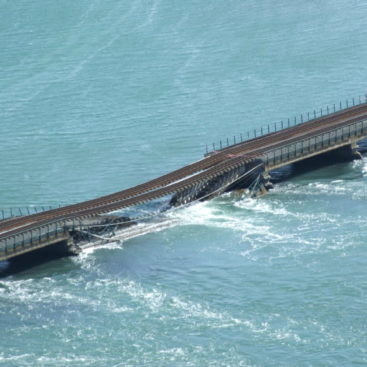